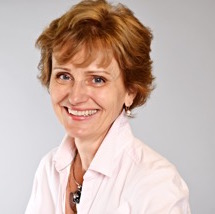 Department of Slavic Languages and Literatures

A graduate of the Drama Centre at the University of Toronto (PhD) and of Theatre Studies at the Jagiellonian University in Kraków (MA), Tamara Trojanowska has also formerly held an Oxford University scholarship and an internship at the Royal Dramatic Theatre in Stockholm. She has taught at universities in Poland, Canada, and the United States, returning to University of Toronto as a faculty member in 1998. Since then, she has directed the Polish Language and Literature Program at the Slavic Department, strengthening in strides its profile and presence in North America, as well as the University College Drama Program (2008-2012). In 2012, together with Stephen Johnson, then director of the Graduate Drama Centre, she integrated the two units to form the Center for Drama, Theatre and Performance Studies, with which she is cross-appointed. She now serves as Director of the Centre where she co-founded the BMO Lab in Creative Research in the Arts, Performance, Emerging Technologies and AI.

Her current research focuses on the intersections of drama and theatre with history, philosophy, and religious thought, and emphasizes issues of identity and transgression, topics that she has published on in Poland, Canada, United States, and England. Alongside her continuing research and administrative work, Trojanowska also sits on the Advisory Boards of a number of professional journals, including Didaskalia (Jagiellonian University, Kraków), Polish Theatre Perspective (UK), Postscriptum (Silesian University, Poland), The Sarmatian Review (Rice University), and Teksty Drugie (Kraków). She is also a member of the Management Board of Theatre Research in Canada.

Latest research project, co-edited with Joanna Niżyńska and Przemysław Czapliński (with assistance of Agnieszka Polakowska) and entitled Being Poland. A New History of Polish Literature and Culture since 1918 (University of Toronto Press, 2018) presents sixty essays by authors from all over the world, including her extensive analysis of the transgressive practices in Polish drama and theatre (“Delectatio furiosa, or the modes of cultural transgression”). She has also contributed a paper on this subject to the upcoming Theatermachine: Tadeusz Kantor in Context (eds. Magda Romanska and Kathleen Cioffi, Northwestern University Press, 2020). Her investigations of the dramatic and the sacred have resulted in a new selection of, and an extensive introduction to, the plays of Roman Brandstaetter (2016), and a new book project on crypto-theology and history.