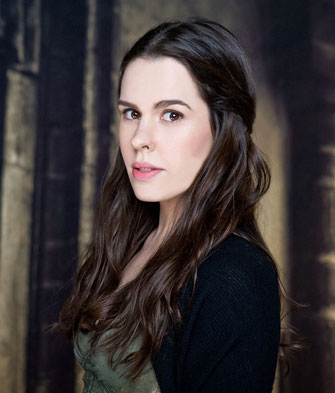 Marley Kajan is a Masters student in the 2019/2020 cohort at the Centre for Drama, Theatre and Performance Studies. She is a theatre-creator, performer, and is co-founder of The Creation Coffin, a company that focuses on feminist, female-driven work that experiments with the form of musical theatre. Most recently with The Creation Coffin, she performed in, co-created, co-composed and produced Omen: The Musical at the 2019 Toronto Fringe, winning the Patron’s Pick award. Marley is a graduate of the Randolph College’s Musical Theatre Program, of Brock University’s Dramatic Arts Program and studied abroad at Queen Margaret University in Edinburgh, Scotland. She was born and raised in the Niagara Region, and has lived in Toronto for the past five years.