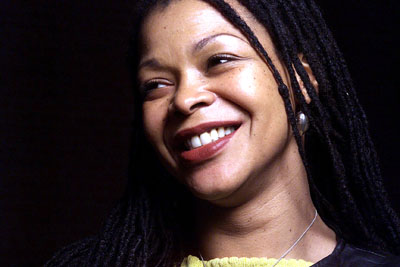 Djanet Sears is an award-winning playwright and director and has several acting nominations to her credit for both stage and screen. She is the recipient of the Stratford Festival’s 2004 Timothy Findley Award, as well as Canada’s highest literary honour for dramatic writing: the 1998 Governor General’s Literary Award. She is the playwright and director of the multiple Dora Award winning production of Harlem Duet (Scirocco Drama, 1997), which was workshopped at the Joseph Papp Public Theatre in NYC, where Djanet was the international artist-in-residence in 1996. Her other honours include: the 1998 Floyd S. Chalmers Canadian Play Award, the Martin Luther King Jr. Achievement Award, the Harry Jerome Award for Excellence in the Cultural Industries, and a Phenomenal Woman of the Arts Award. Her most recent work for the stage, The Adventures Of A Black Girl In Search Of God, (Playwrights Canada Press, 2003), shortlisted for a 2004 Trillium Book Award and enjoyed a six month run in the fall/winter of 2003/2004, as part of the Mirvish Productions Season. Her other plays include Afrika Solo, Who Killed Katie Ross and Double Trouble. Djanet is the driving force behind the AfriCanadian Playwrights’ Festival, and a founding member of the Obsidian Theatre Company. She is also the editor of Testifyin’: Contemporary African Canadian Drama, Vols. I & II, the first anthologies of plays by playwrights of African descent in Canada (Playwrights Canada Press, 2000 & 2003). She is currently an adjunct professor at the University of Toronto where she teaches DRM 328H.