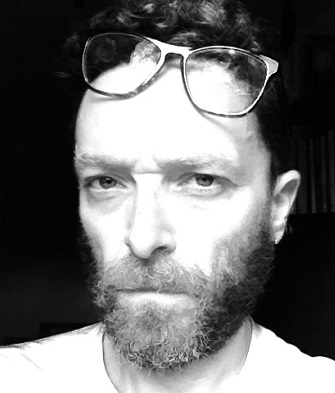 Francesco Gagliardi is a performance artist, writer, and occasional filmmaker based in Toronto. His work has been presented at both Canadian and international venues including the Harbourfront Centre (Toronto, 2016); Issue Project Room (NYC, 2015); FADO performance Art Centre and Images Festival (Toronto, 2013), Pieter (Los Angeles, 2011), Esorabako (Tokyo, 2011), and the Ontological-Hysteric Theater (NYC, 2010). As well as performing his own work, he is active as an experimental music performer and has premiered work by a number of contemporary composers including Jennifer Walshe, Mark So, Adam Overton, Travis Just, and G. Douglas Barrett. In 2014 he collaborated with Tony Conrand and Jennifer Walshe, creating the live visual component of their street opera 'The Signing' (Toronto Nuit Blanche).

He trained as an actor in Italy with Luca Ronconi and worked as an actor and theater director from 1992 to 2002. Production credits as a director include the first Italian production of Gertrude Stein?s 'Doctor Faustus Lights the Lights'  (Teatro Juvarra, Torino, 2000) and 'Kaspar Hauser' (Teatro Stabile di Torino, 2002). His film and video credits include 'some cities' (Toronto International Film Festival, 2017) and 'Short Sentences 1993-2005' (Images Festival, Torino International Film Festival, 2006). He has written about the photographic documentation of performance art in the 1960s and 70s, and about the installation work of Joan Jonas. He holds a B.Phil. in philosophy from Oxford University, a Ph.D. in philosophy from the Università del Piemonte Orientale, and an MFA in media arts production from SUNY Buffalo. He also teaches courses in the philosophy department.