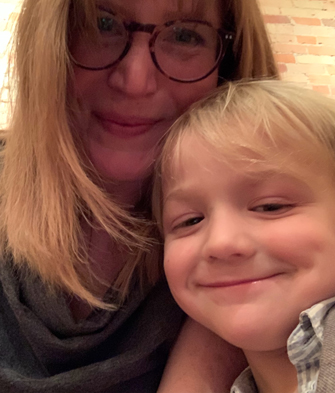 Learning How to Fall: Art and Culture after September 11, forthcoming in 2015 from Routledge and funded by a generous Connaught New Researcher Award, engages the changing relationship between world events and their subsequent documentation in both artistic and news media. The objective of this book is to examine how today’s ubiquitous modes of technological (in particular, digital) reproduction- of events, of information, and of misinformation – effect a theatricalized understanding of real-world events. Positing contemporary theatre and performance as not only a stylized re-envisioning of daily life but, inversely, as a viable means by which one experiences and processes the significant events within social and political life, this project combines two concurrent if somewhat contradictory trends in aesthetics, narrative, and dramaturgy:

Implicated in both trends is the study of an ethics of information: that it is not the information itself but rather the context, mode, and manner of its dissemination that defines the social and political parameters of the event it divulges.

The Future of Cage: Credo is a SSHRC– and Jackman Humanities Institute–funded project that involves a major international conference, hosted by the University of Toronto’s Centre for Drama, Theatre, and Performance Studies, in October 2012, and a forthcoming collection of essays that functions as both a celebration of John Cage, one hundred years after his birth, and an opportunity to explore Cage’s influence on music, writing, performance, and critical scholarship. Fundamental to the development of innovations in performance art, contemporary music, graphic notation, audience reception, and theories of social practice, Cage remains one of the most, if not the most, influential figures in twentieth- and twenty-first-century art and performance. Such a legacy necessarily resonates beyond any single artistic or historical trajectory, and The Future of Cage: Credo explores not only Cage’s output, both artistic and philosophical, but its after-effects through a variety of fields, genres, and modes of presentation.

Book
Learning How to Fall: Art and Culture after September 11. London: Routledge, 2015.
https://www.routledge.com/Learning-How-to-Fall-Art-and-Culture-after-September-11/Schotzko/p/book/9781138796898

Chapters in Edited Collections
"'How Were We to Know We Were Happy?’: Fairy-Tale (Fr)antics and Margaret Atwood’s Fickle Feminism." In Women in Popular Culture in Canada, edited by Laine Zisman Newman. Toronto: Women's Press, Canadian Scholars' Press, 2020.
https://www.canadianscholars.ca/books/women-in-pop-culture-in-canada

Performing Products: When Acting Up Is Selling Out, coedited with Didier Morelli and Isabel Stowell-Caplan. Canadian Theatre Review, vol. 162 (2015). https://ctr.utpjournals.press/toc/ctr/162

Articles
"Message Send Failure: Site-Unspecificity in Plant Theater’s Dreams of Riley’s Friends; or, Why Won’t Riley Respond to My Texts?" TDR,  vol.60, no. 3 (2016).