The Centre for Drama, Theatre & Performance Studies presents its 2022 DRM402 Directors’ Showcase featuring five short plays presented over two evenings and two matinee performances in a fringe-style festival from December 2 to 4. The titles of the five productions, play descriptions, producton and cast teams can be found below. Talkback sessions with the directors and performers will be held following the matinee performances on December 3rd and 4th. There will also be a reception held on Saturday, December 3 at 8:30pm.

Let It Enfold You 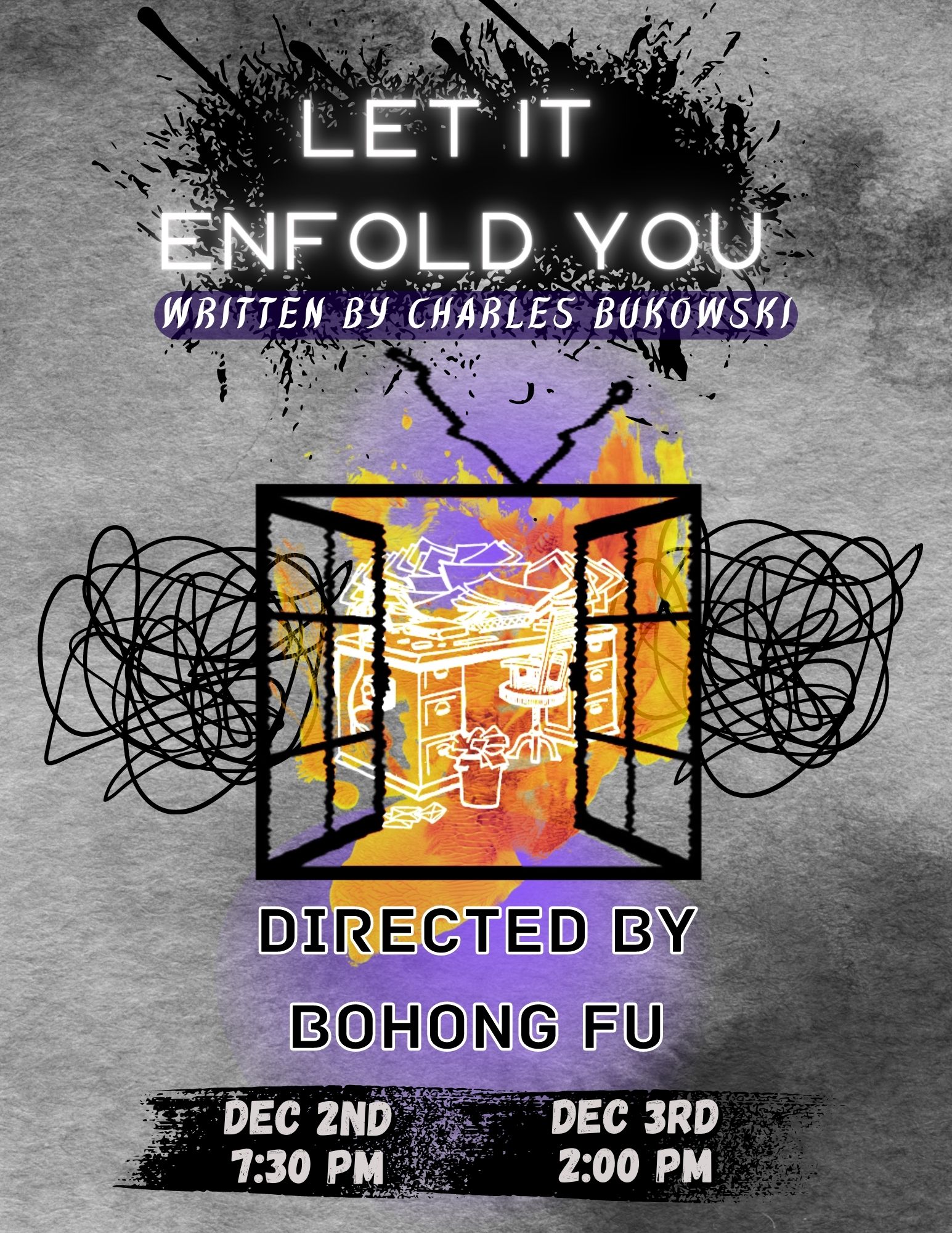 Let It Enfold You directed by Bohong Fu is a poem written by German-American poet Charles Bukowski. It depicts the life journey of a young man and a young woman as they crave and eventually find happiness, self-acceptance, and peace of mind. Like going down a slippery slope, Bukowski’s language is fast and easy to capture, but it is only until you reach the end of the poem, its meaning and imagery start to embrace or enfold you. It is a story about angst and peace, rejection and acceptance, finding a soul that once was lost in pandemonium. Happiness is always there, find it and make it yours.

Special thanks to Elžbieta (Elizabeth) Chernyak and Jordan Chan. 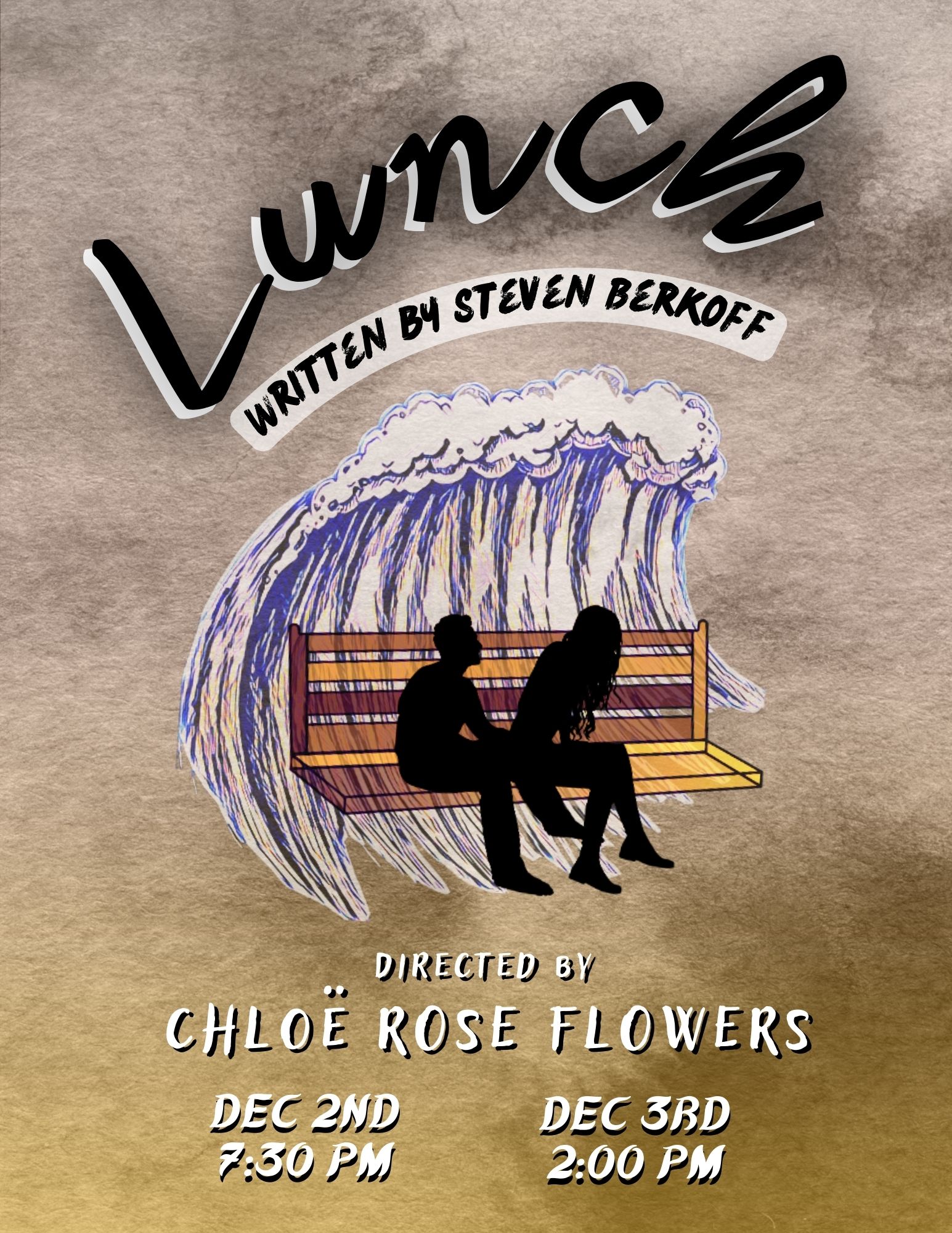 ​Lunch directed by Chloë Flowers follows a dynamically tortured relationship between a Man and a Woman who meet during their lunch break. The one-act expressionist piece explores an emotional, psychological, and sexual power struggle fuelled by fast-paced wit. This production will be analyzing Berkoff’s work through a feminist lens, exploring the story through the Woman’s memory and symptoms of PTSD.

He Said Yes / He Said No 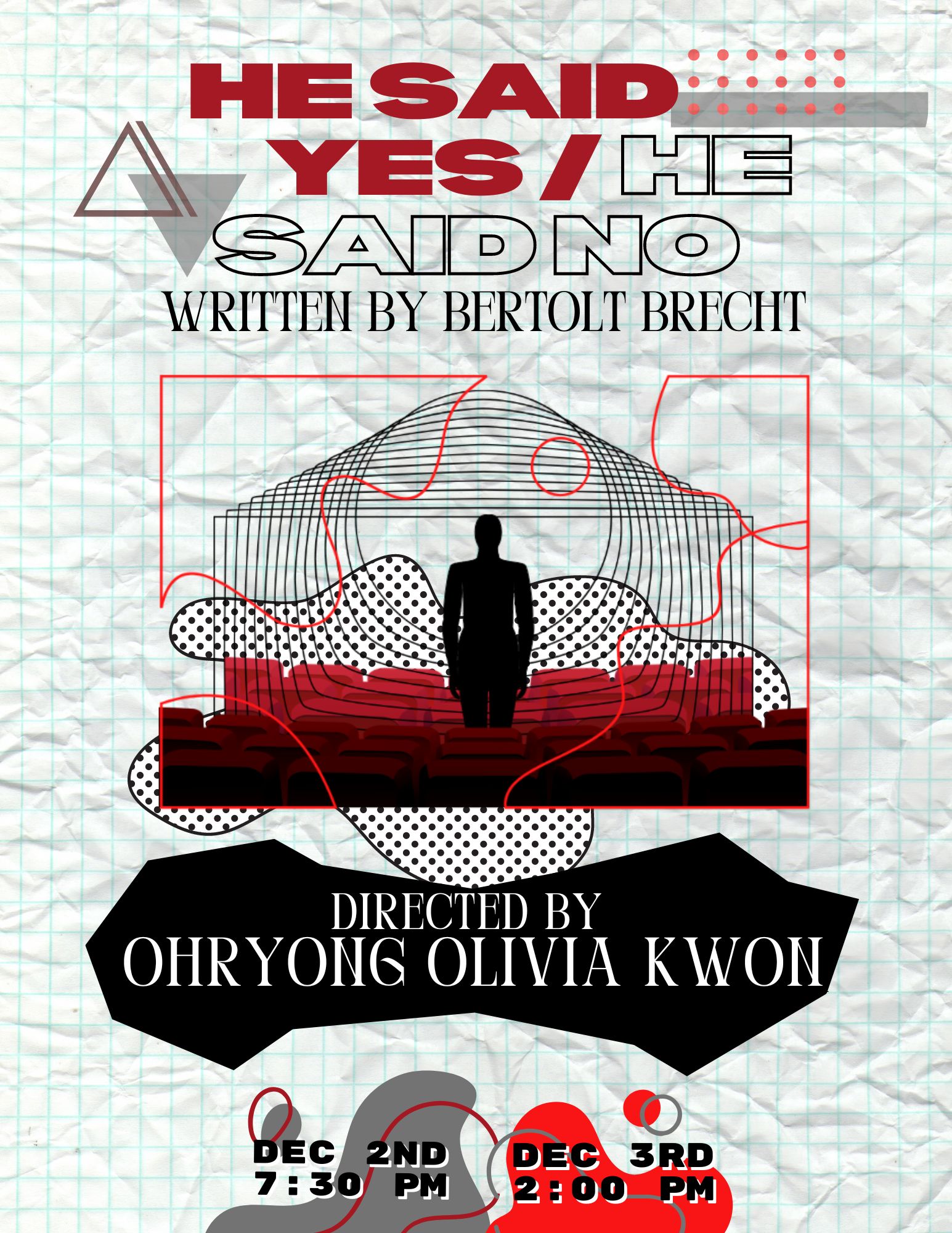 ​He Said Yes / He Said No directed by Ohryong (Olivia) Kwon is a short dramatic fable written by Bertolt Brecht. Depicting a tale of a boy who decides to go on a dangerous expedition to the mountains to cure his mother’s illness, this play criticizes the notion of blindly adhering to the custom or complying with the majority.

This production aims to be experimental, meaning that the entire crew did their best in challenging some of the most fundamental theatrical customs while creating this piece. The production is also by nature audience participatory; the fourth wall is broken down throughout the show because, in this production, audiences are as important as performers. This production could be summed up by using the following adjectives: stylized, presentational, didactic, playful, spontaneous, rebellious, and “strange.” 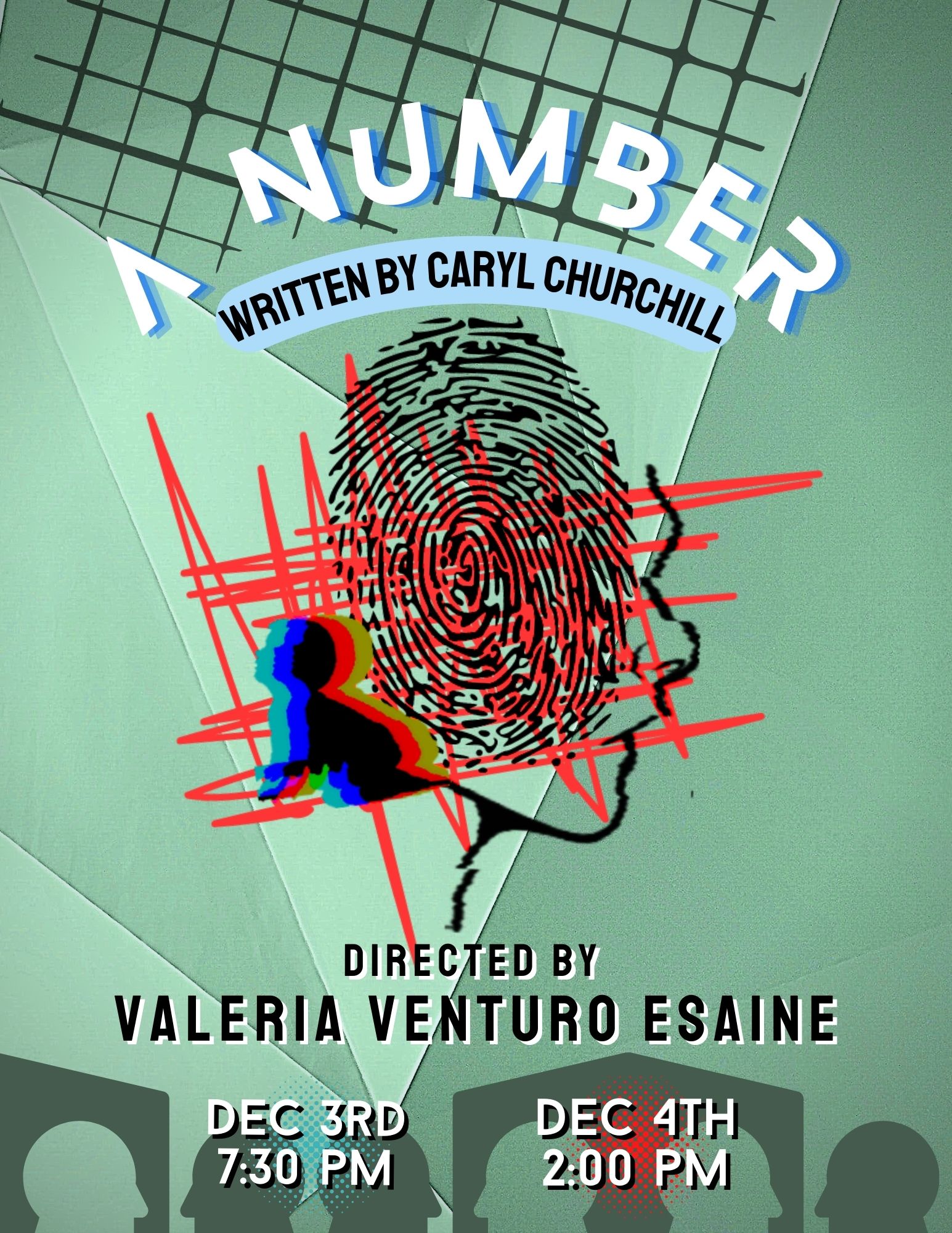 ​
A Number directed by Valeria Venturo is a science fiction play about identity, parent-child relationships, nature vs. nurture, and human cloning. Equal parts thrilling, touching and thought-provoking, it brings forth questions about what individuality means in an age where who we are can be so easily reduced to a genetic sequence. What is it that makes us who we are?

the mark on the wall 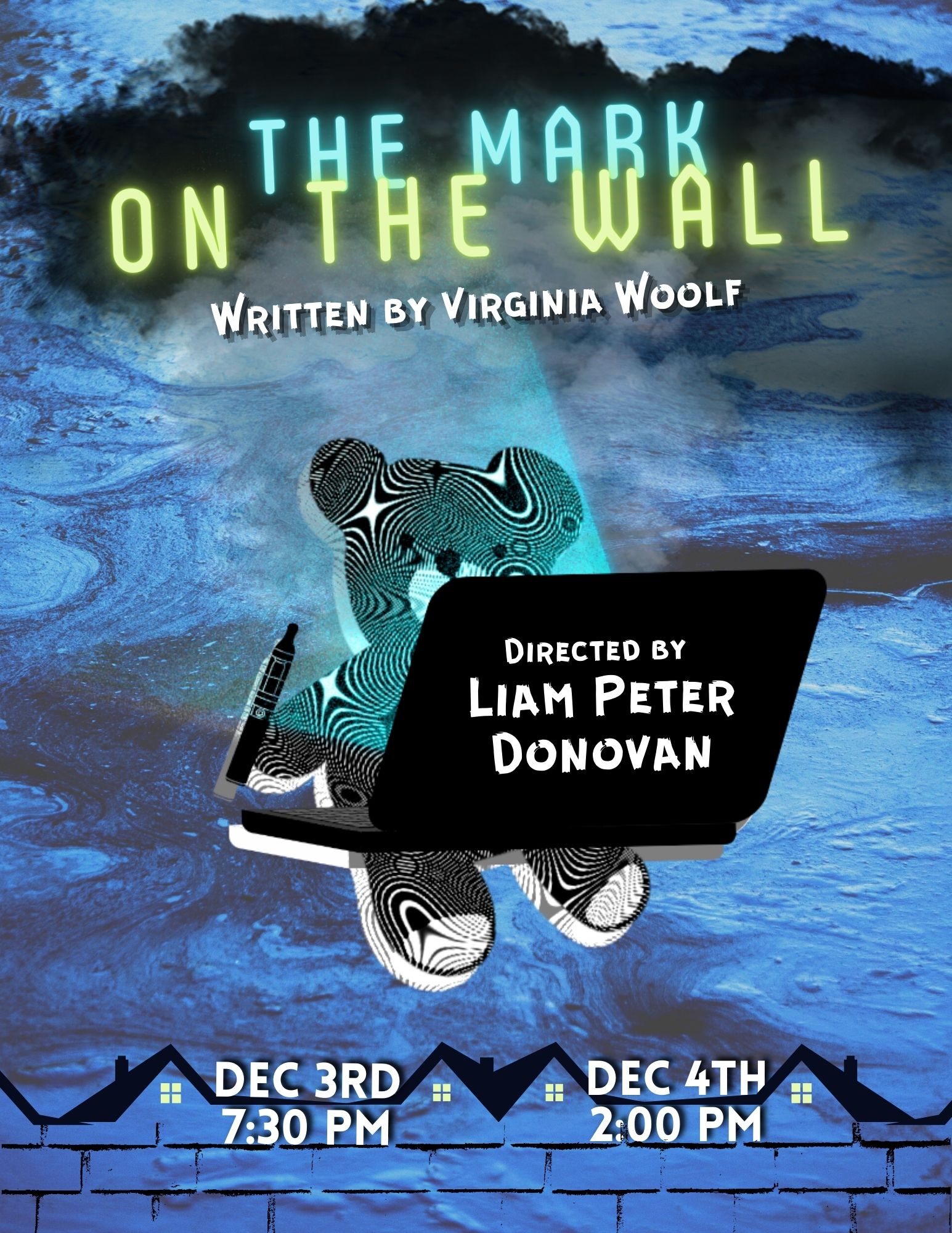 ​An antiquary. Shrew-mice. A cavalcade of red knights. A snail. An after-tea cigarette. These are the thoughts of Chrissie, a young woman in her room fighting to hang on to reality against the chaos of the outside world. She veers from thought to thought, exploring the fantastical world of her mind until it overwhelms her and she has to ground herself by looking at a mark on the wall of her room.