DIANA (I knew you when we were fourteen)

DIANA follows Michael Coolidge, as he searches for his missing friend Diana, who mysteriously disappears after a high school dance. We jump back and forth between Diana’s perspective and Michael’s, as they move into adulthood and further away from one another. Along the way, we are introduced to numerous characters including a feuding American couple travelling through France on a tandem bike, Diana’s parents and the drug-fueled rumours that drove them out of New Brunswick, a nosy neighbour with a flare for storytelling, an old Vampiric recluse, and a retired teacher and her new canine friend. DIANA spans several years and multiple Canadian cities, including Fredericton, Quebec City, and Toronto, as we follow both Michael and Diana on their separate but interconnected journeys through childhood memories, family trauma, and into adulthood. DIANA fuses physical theatre, music and dance, and the result is one madcap hour long adventure.

General tickets are $15 and can be purchased in advance at diana-play.eventbrite.com or at the door (cash only). Student tickets are $10.

A talk back session with the performers will take place after the matinee on Saturday, Sept. 14. 2019. 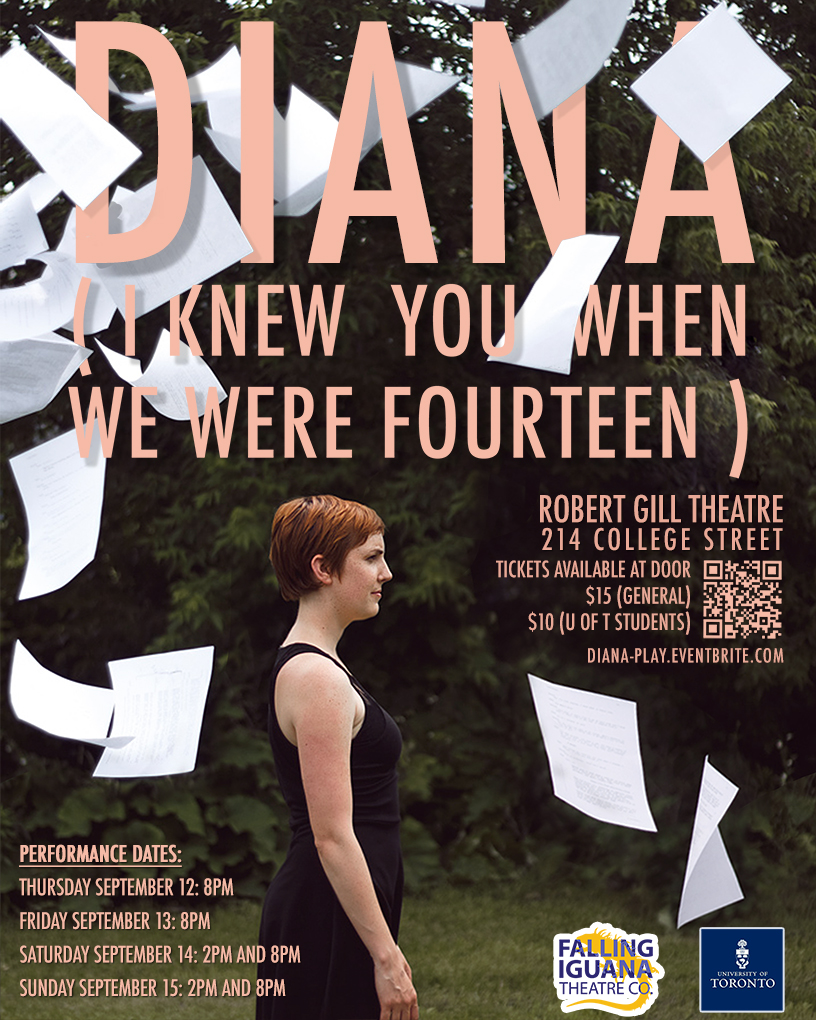