Congratulations to Professor Jill Carter and the members of the Deep Time Working Group on being awarded funding from JHI for their fourth consecutive year to run Native Performance Culture and the Rhythm of Re-Conciliation: Re-Membering Ourselves in Deep

The CDTPS congratulates Professor Jill Carter and the members of the Deep Time Working Group on receiving funding for the fourth year in a row to support their hugely successful working group: Native Performance Culture and the Rhythm of Re-Conciliation: Re-Membering Ourselves in Deep Time. The Jackman Humanities Institute (JHI) provides funding to support cross-discipline working groups in the humanities to meet and further research or engage in scholarly exchange. 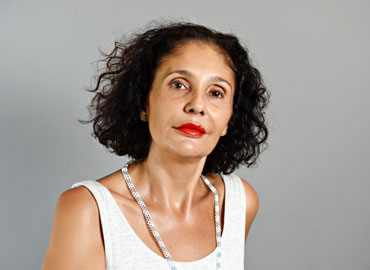 Professor Carter’s Deep Time Working Group initially launched in 2016 with co-convenor doctoral candidate Myrto Koumarianos, who has since taken a hiatus. The group facilitates indigenous artists and activists in their interventions to dislodge colonization from the Indigenous body and excise psycho-spiritual scars affecting the survivors of relocation, re-education, the Sixties Scoop, and forced sterilization.

“We seek to plunge ourselves into ‘deep time,’ so that we may devise works in the present moment that build legacy for future generations,” says Professor Carter. “It is only through painstaking engagement with the tangled history of settlement that future conciliation might be operationalized.”

In Professor Carter’s Deep Time Working Group final report, she says to facilitate conciliation, the group members embrace opportunities to explore and test out the means by which to mediate possible sites (topographical, cognitive, ceremonial, and performative) of profound encounter and renewal. She says they also look for opportunities to offer their skills, time and physical labour to support Indigenous community projects that work to strengthen Indigenous individuals.

During the 2018-19 year, the Deep Time Working Group further collaborated with the Great Lakes Canoe Journey (GLCJ) led by Anishinaabekwe Sylvia Plain. The GLCJ partners with Elders to recover traditional technologies used in the construction of Ciimaanan (birchbark canoes).

This partnership led to the development of an MOU with the GLCJ and the application for an Indigenous Research Capacity and Reconciliation — Connection Grant through SSHRC. The application titled, Research as Restitution and Redress: The Great Lakes Canoe Journey and the Transmission of Anishinaabewin through “Deep Time,” was successfully awarded $50,000.00. These funds will facilitate two initiatives:

Read more about the Deep Time Working Group on the JHI website or contact Professor Jill Carter for more information.